The Bees and the Trees 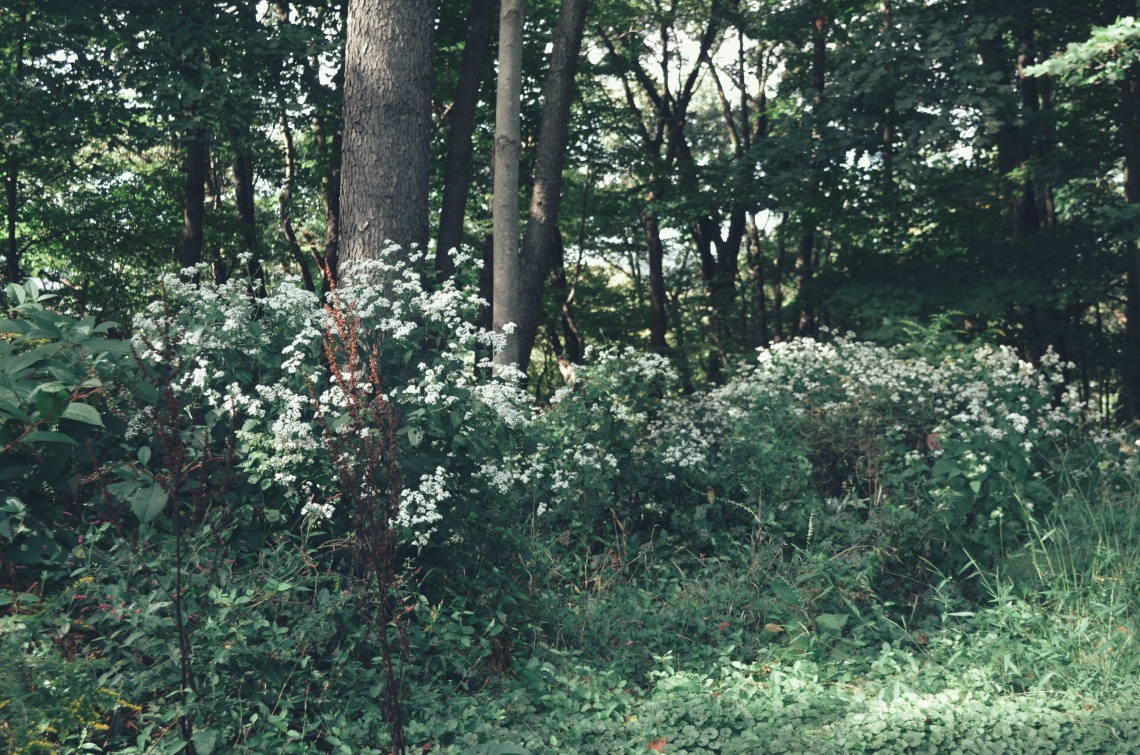 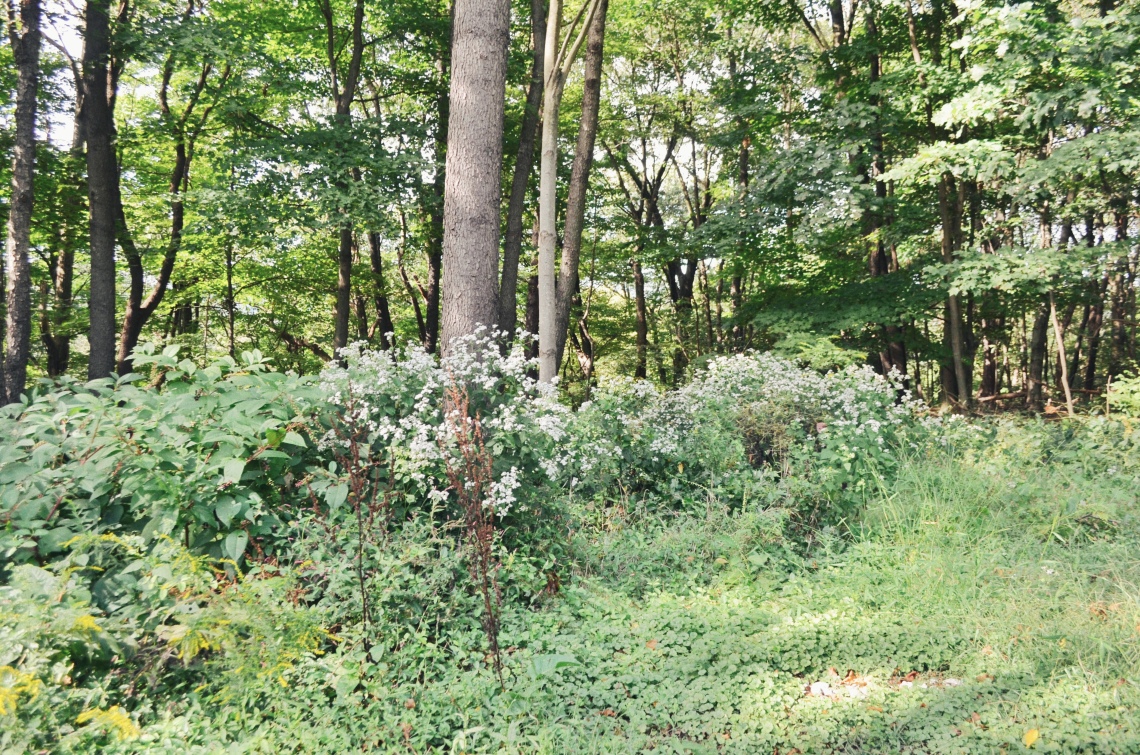 I know those are all pretty much the same picture, but I honestly couldn’t weed any out. Nature is just so beautiful. I swear, every time I step outside, I take at least a few pictures of my surroundings, whether I’m in the middle of the woods, standing barefoot on a beach, or walking down the sidewalk of a city. I love it all, and I need to capture it all.

I’m not sure why, but I find beauty in almost everything. I don’t see things as dirty and dingy and crumbling. Instead, I see them as delicate, fragile, and worn. To me, the world is soft and artistic and incredibly misunderstood, and that makes me want to appreciate it, love it, and nurture it. 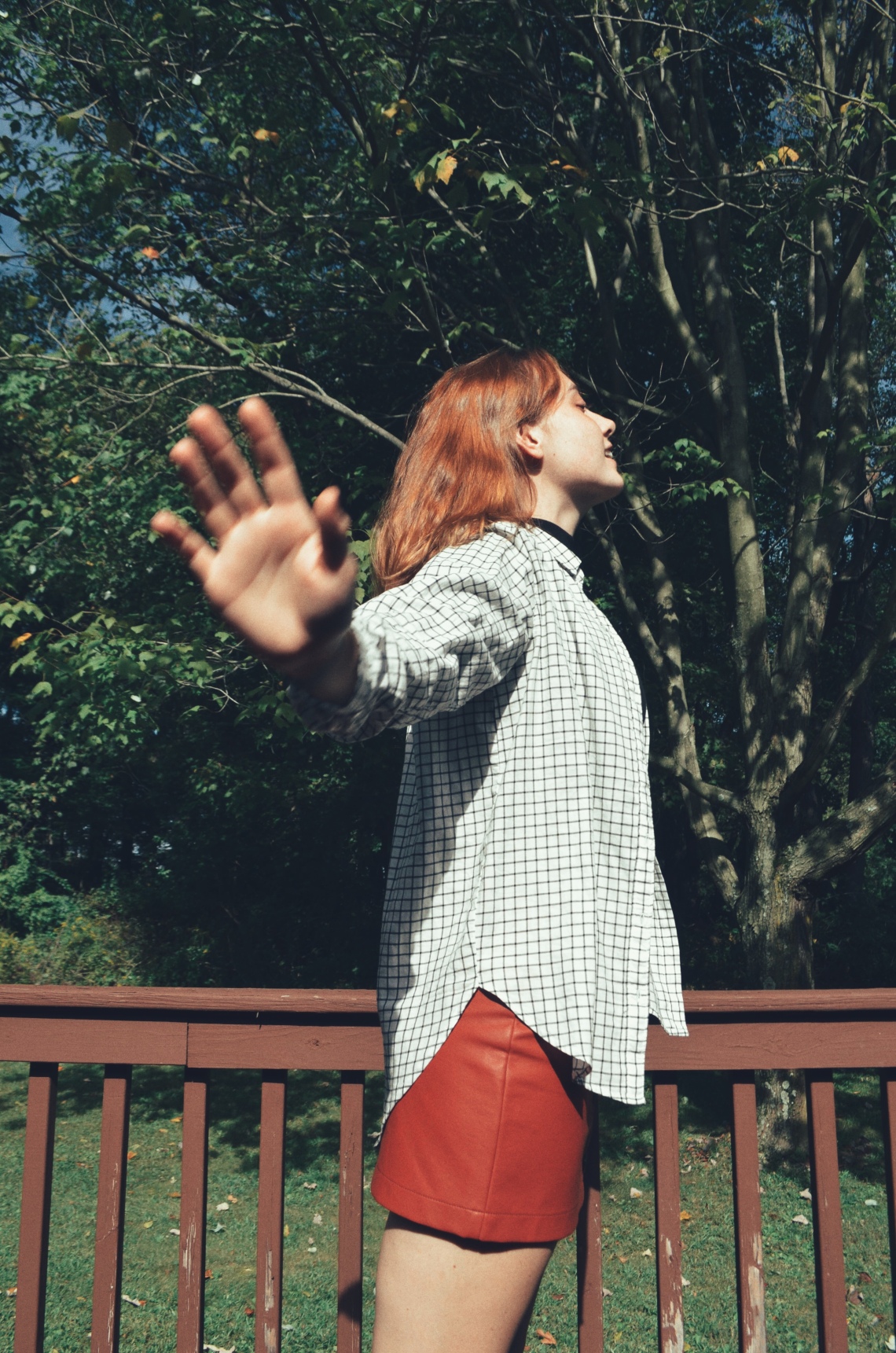 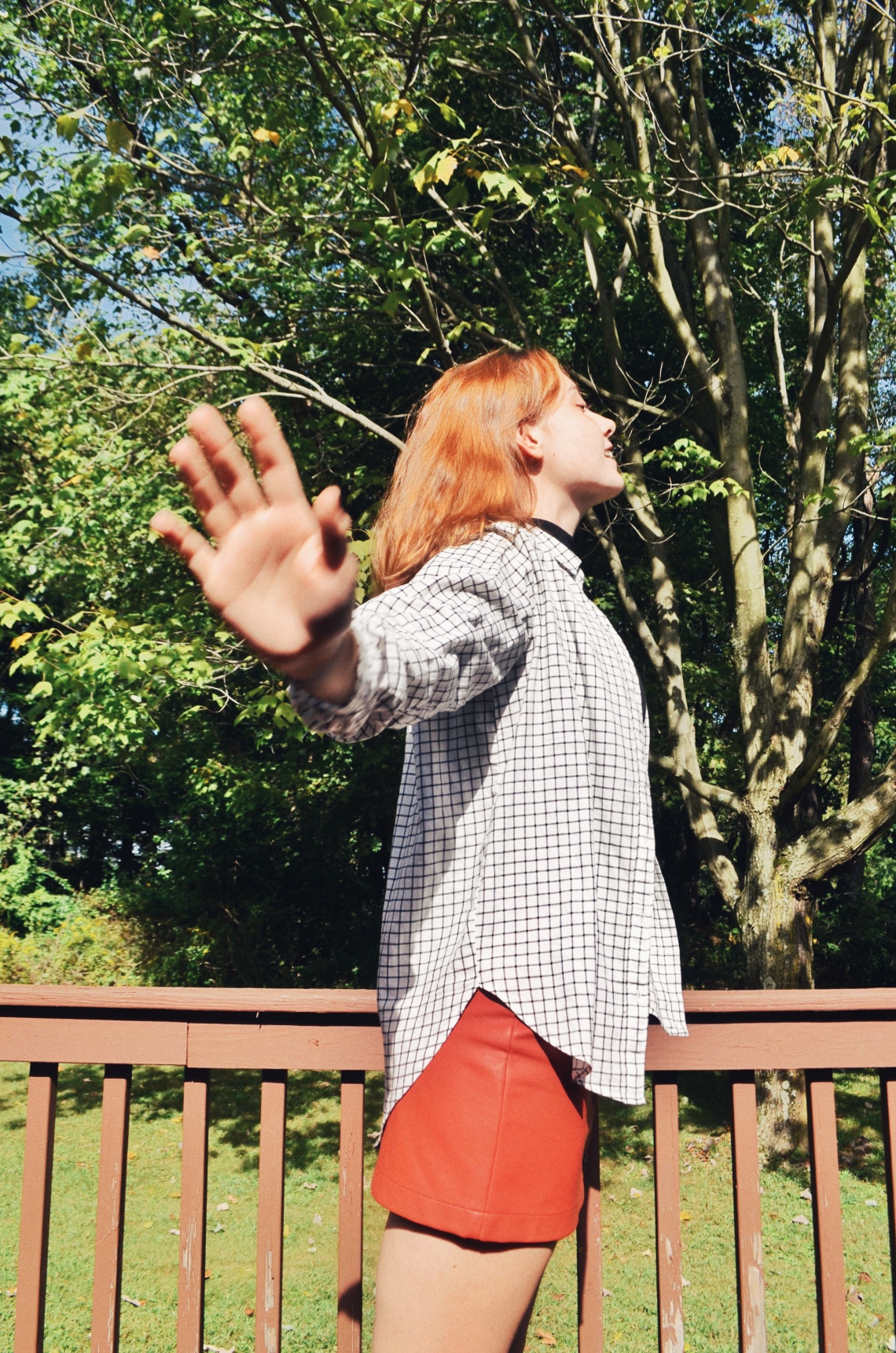 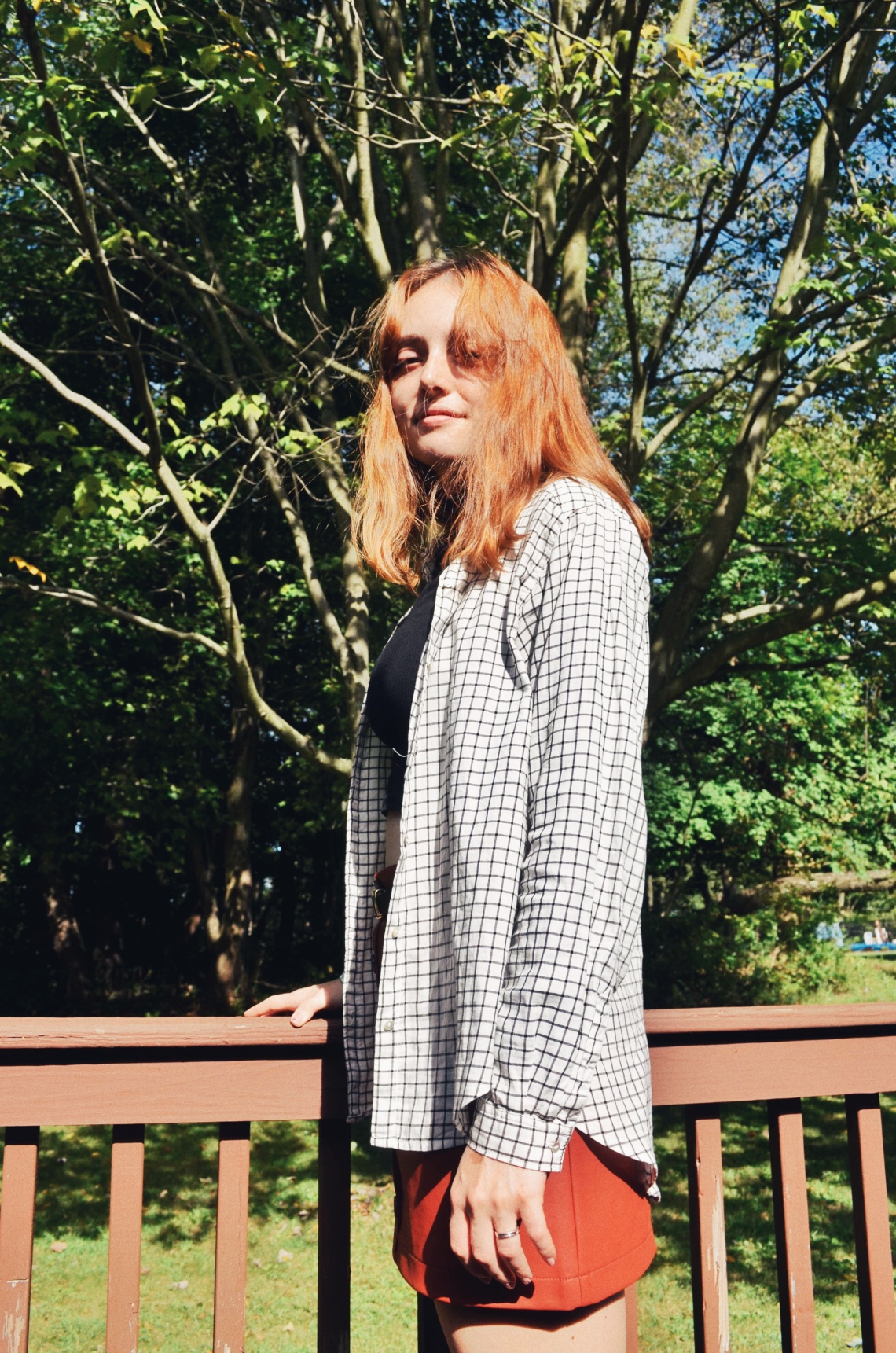 Yes, I included the picture of me pulling up my skirt 😉 And yes, there will be double edits of everything in this post cause I really can’t decide if I want dark or light 😞

Back to the topic at hand, though…

As some of you may know, I am a very religious and spiritual person. That spirituality has helped bring me close to nature, and I believe God put me on this earth to take care of the environment. I think one of my main purposes here is to make everyone see the same beauty I do so they will also want to love and protect the world.

I know a lot of people reading this will think I’m crazy, but I first want to say that I’m not writing this to make anyone believe in God or anything like that. Your religious beliefs are completely up to you and are none of my business. Right here, right now, I am simply mentioning mine in order to explain where my sense of duty to nature stemmed from. The goal of this post is to help people see why nature is so precious and should be esteemed and held up rather than destroyed. The goal of this post is not to convert anyone to my religion.

Now that the disclaimer is done…

Growing up, I heard a lot about how God gave us nature to use. However, instead of plain use, people have been abusing nature for a long time. It is fact that technology has enabled us to do much more to nature than nature can handle. However, I saw a lot of religious individuals taking that fact and, instead of using it to change their ways to match God’s wants, they would ignore it and use the Bible to justify the wrong abuse.

These religious people have unknowingly found themselves caught up in the hands of lust and greed and gluttony, their worldly desires for more and more clouding their duty to protect God’s precious gift of nature.

I don’t associate with people who think the world isn’t in danger and doesn’t need saved, which could be wrong of me. Maybe I should befriend them and try to educate them. After all, in a world so aggressive, a considerate, understanding friend is probably more of what they need and would probably eventually lead them to positive change. Differing opinions in our lives is actually the only way to get us to change, because without them, we are never challenged and forced to reflect, which means we can never develop our thoughts and grow into the best people possible. 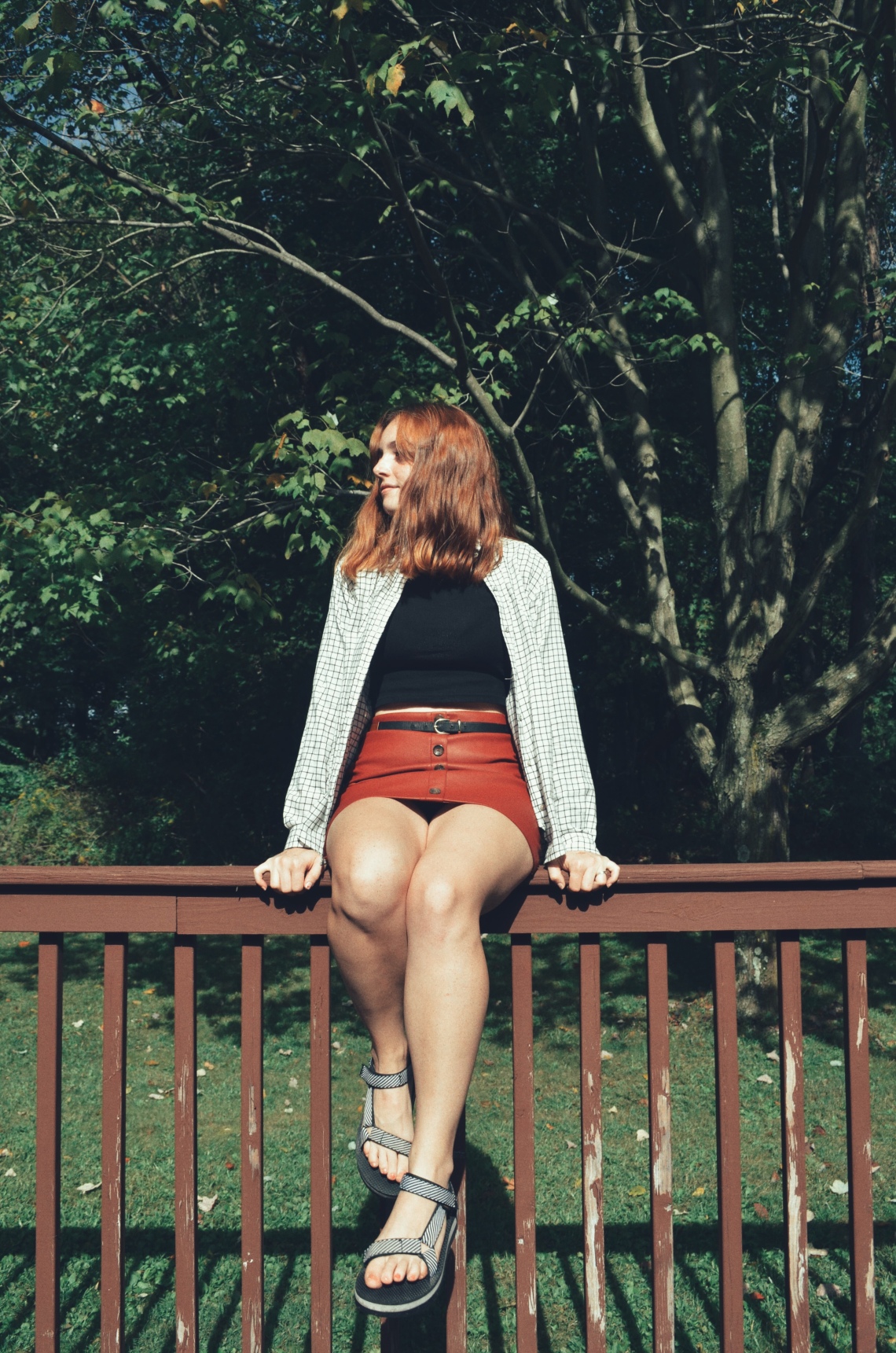 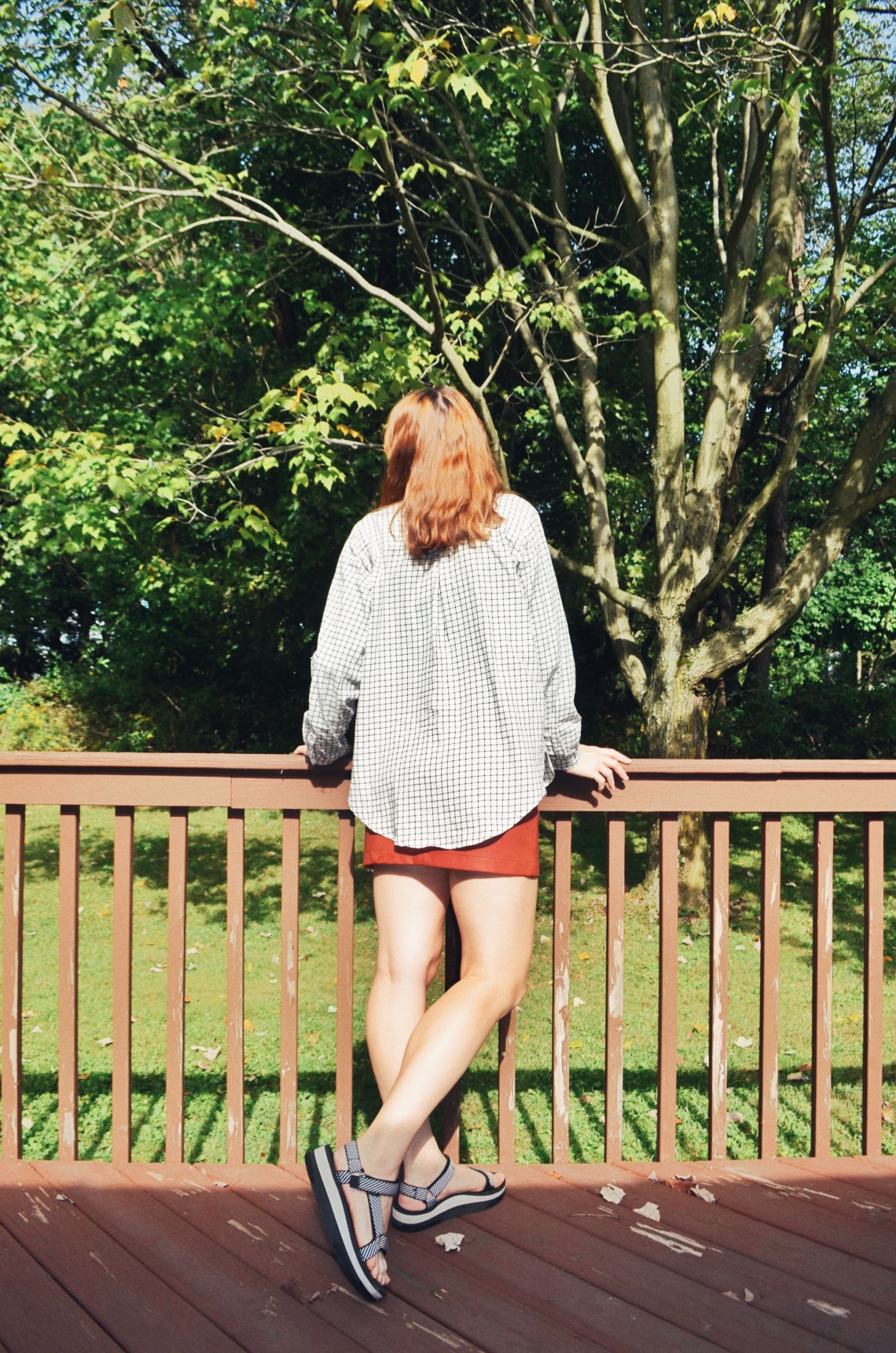 Regardless, I want to say to everyone here no matter what they currently believe that we do have a duty to put our modern luxuries aside and ignore our tendencies for lust and gluttony in order to ensure the survival of the planet.

There are smarter ways to live, so why are we stuck in the past? Why do we still mainly rely on the archaic act of burning materials to heat water and create steam in order to get our energy? People have created computers and smart phones and robots, but we can’t come together and get rid of our current barbaric generation methods? We already have better ways, don’t get me wrong. They just aren’t widely implemented, because it’s difficult and expensive to overhaul infrastructure. But in an emergency situation like climate change, shouldn’t difficulty and expense be overlooked? These are always overlooked when war breaks out. How is this any different? Just like with war, many lives are at risk with climate change, and we can save those lives if we change our ways as soon as possible. The two are essentially the same.

Oh, wait a minute. I know how they’re different. Governments and the companies that control the world’s economies profit greatly off of climate change. Back to the earlier point of greed and gluttony, world power has become so reliant on our destructive ways that leaders are terrified to change just in case it leads to them falling back to the bottom of the chain. They can keep their power until death as long as they ignore climate change and placate companies. Climate change is completely different than war because governments seldom profit off war plaguing their land. They need to stop war, due to it being a direct threat to their profit and power. (Any time war is not a threat to profit and power, it is allowed to proceed…)

Creating climate change, however, is exactly how world leaders earned their profit and power. Letting it proceed is not a risk to their way of life at all. So why on earth would they change?

Leaders need a reality check, and so does everyone else in the First World. Our luxurious lifestyles of comfort have created lazy individuals all around the world who are scared to change in case it is less comfortable once things become different. But here’s a burning question: Would you rather be living, but living a little more uncomfortably, or would you rather be dead? 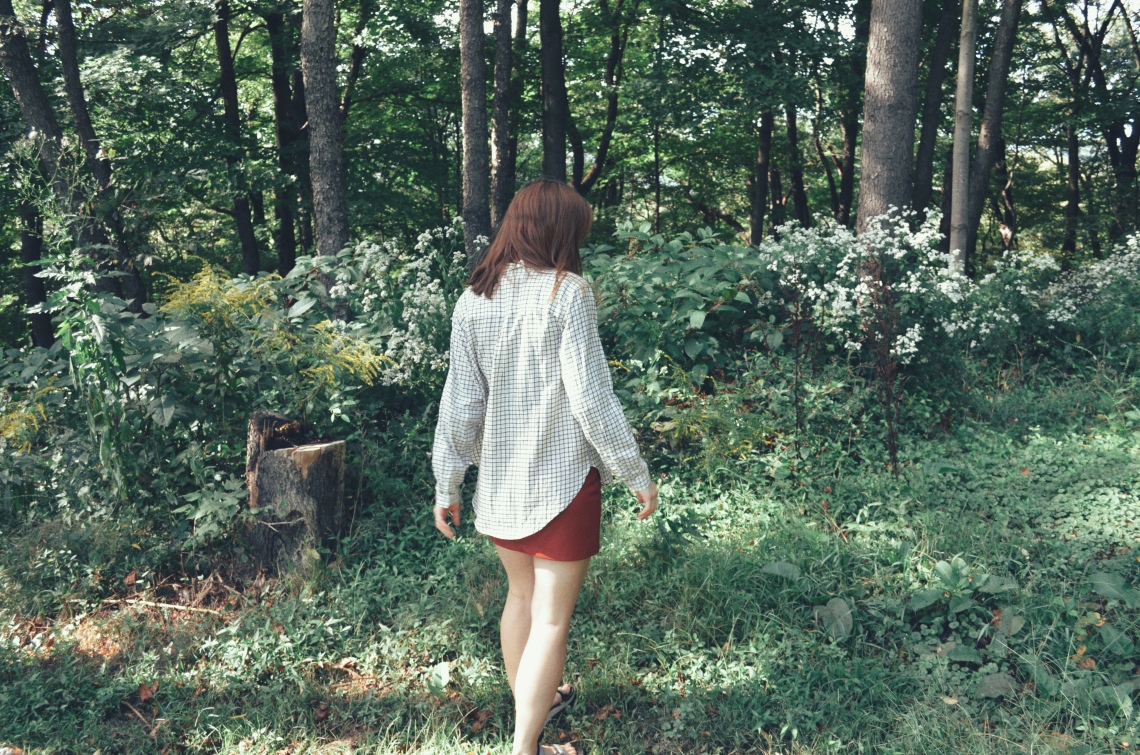 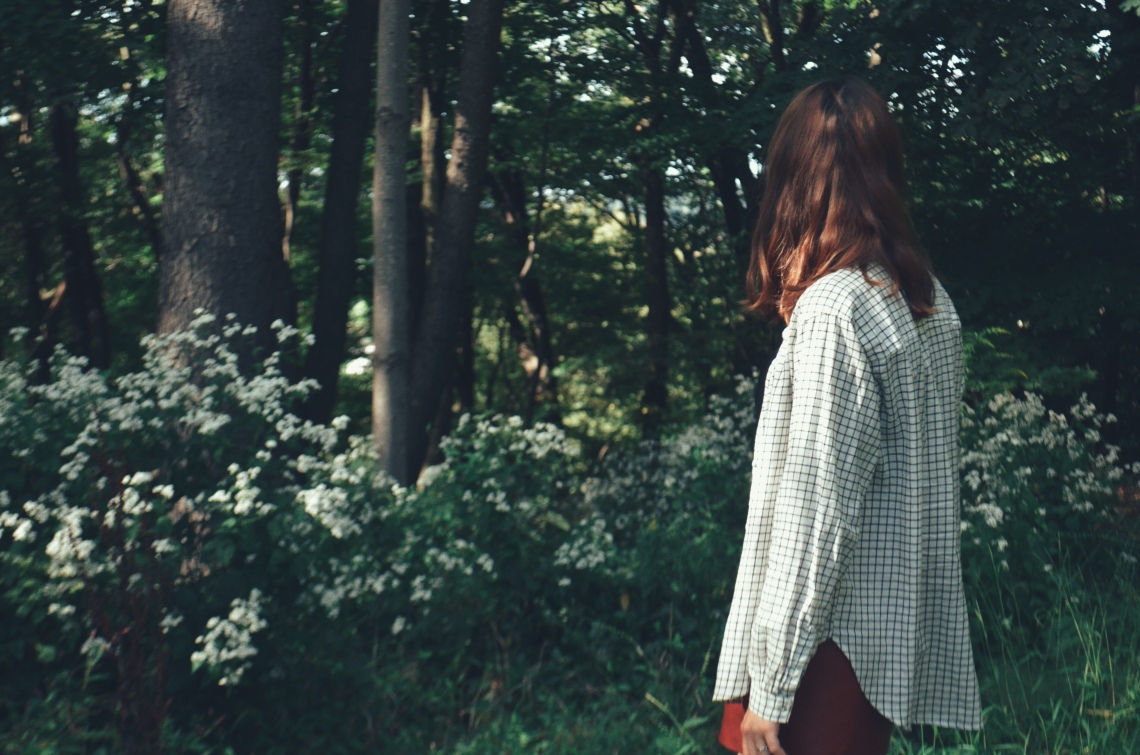 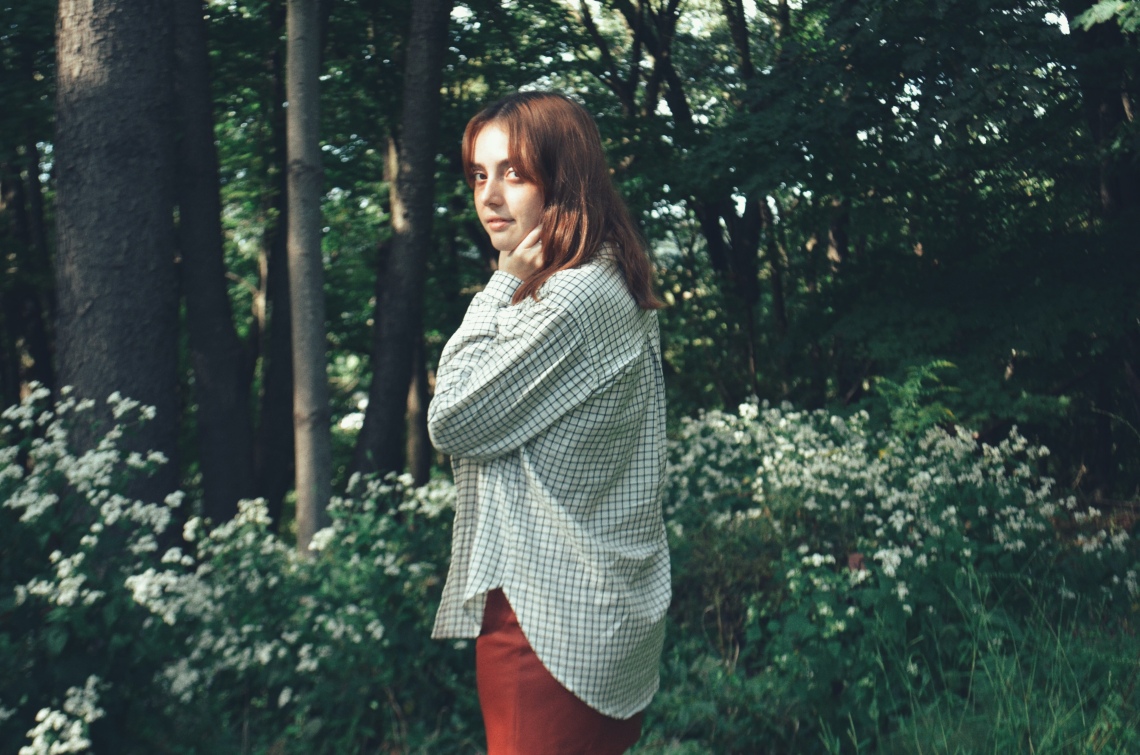 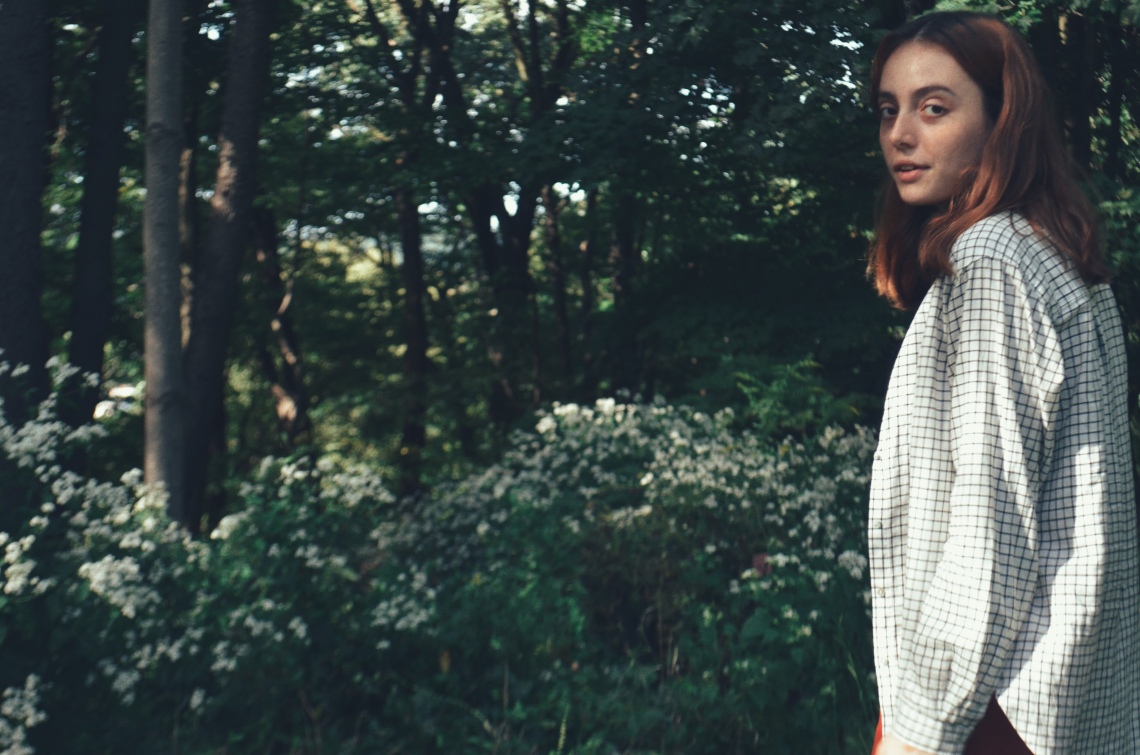 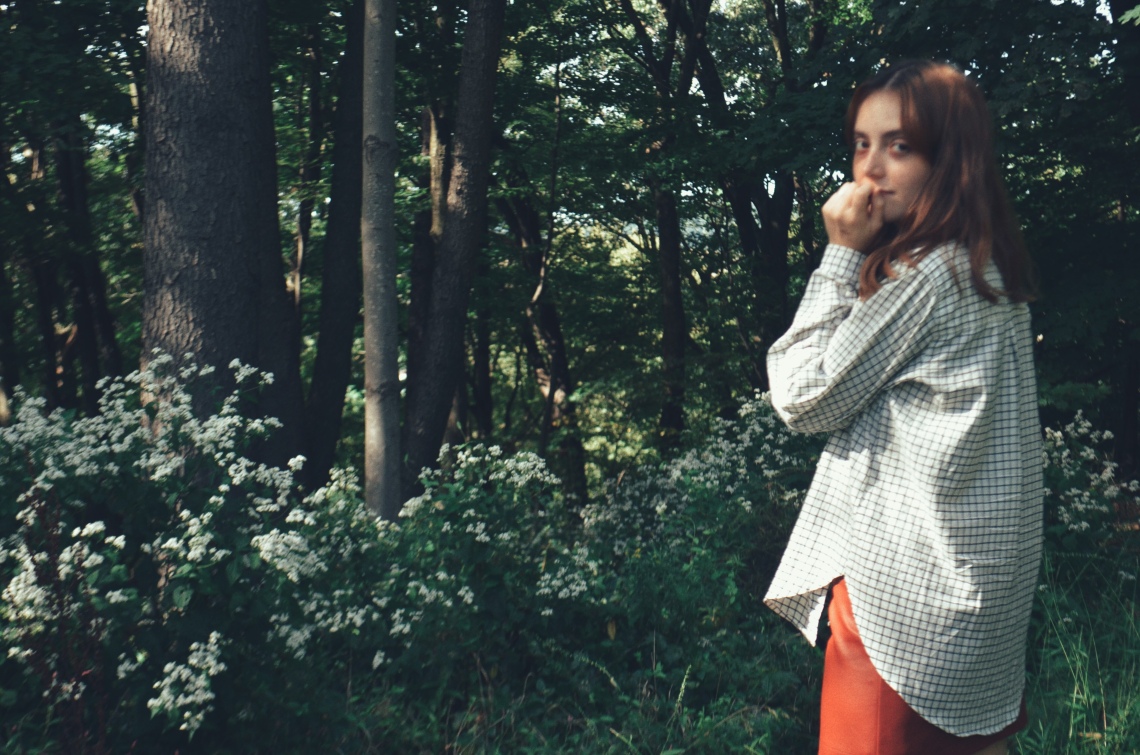 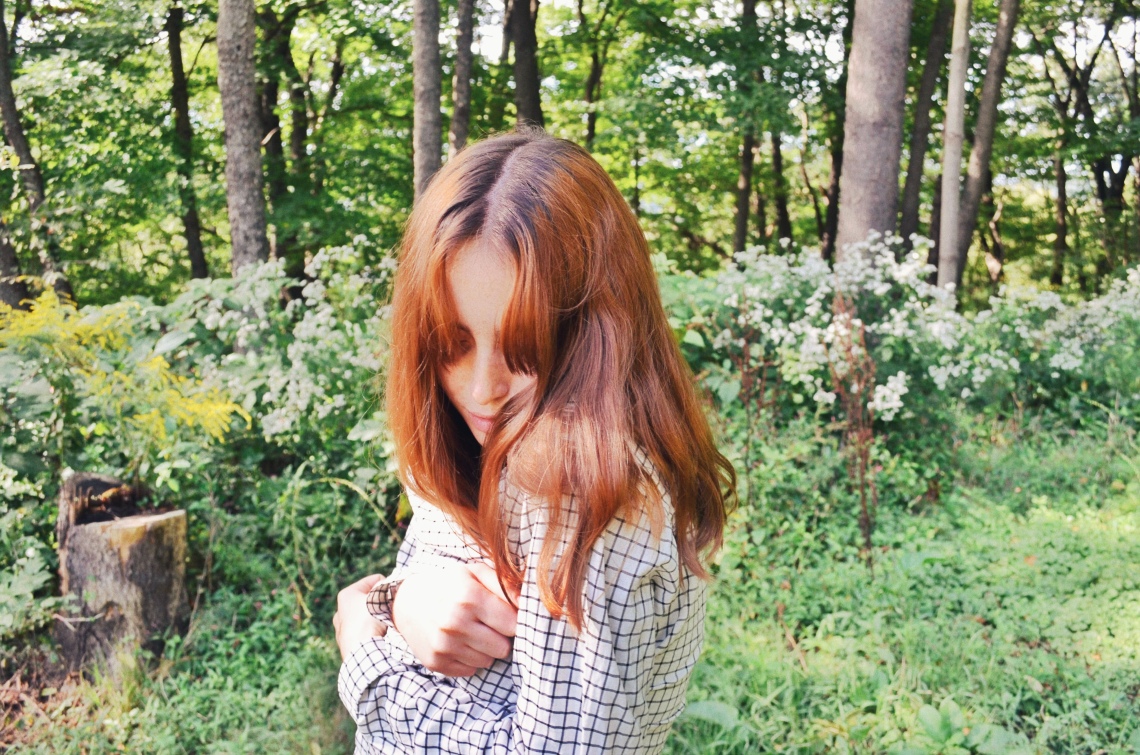 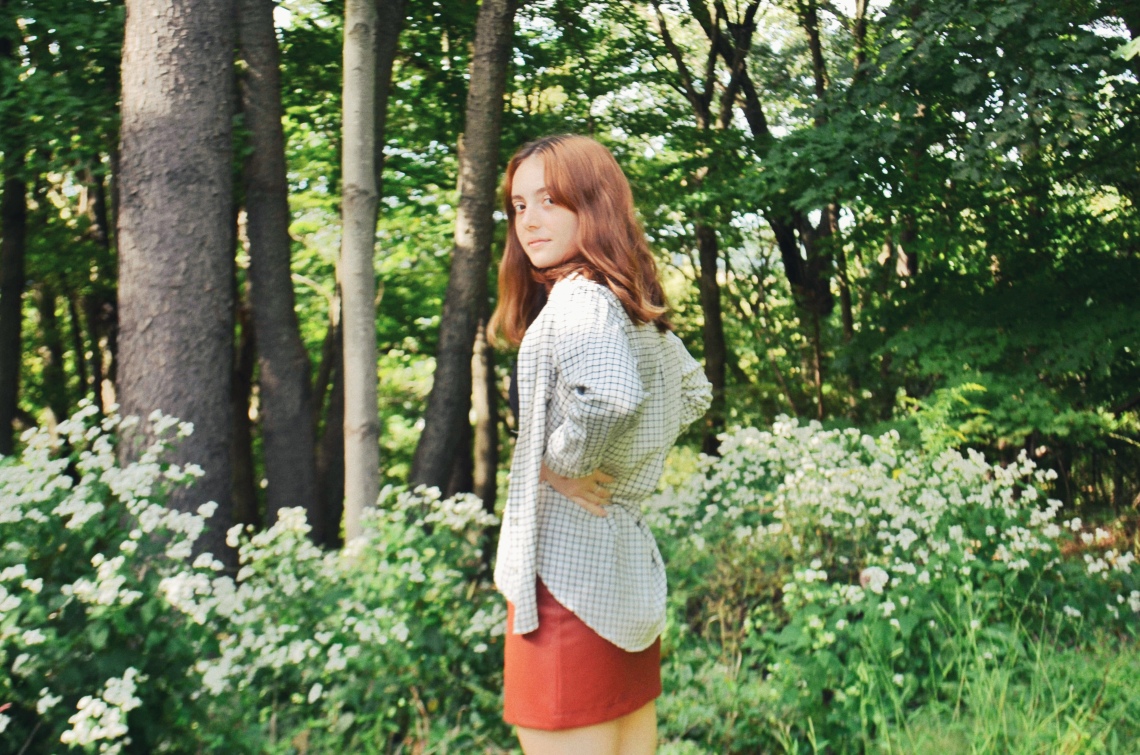 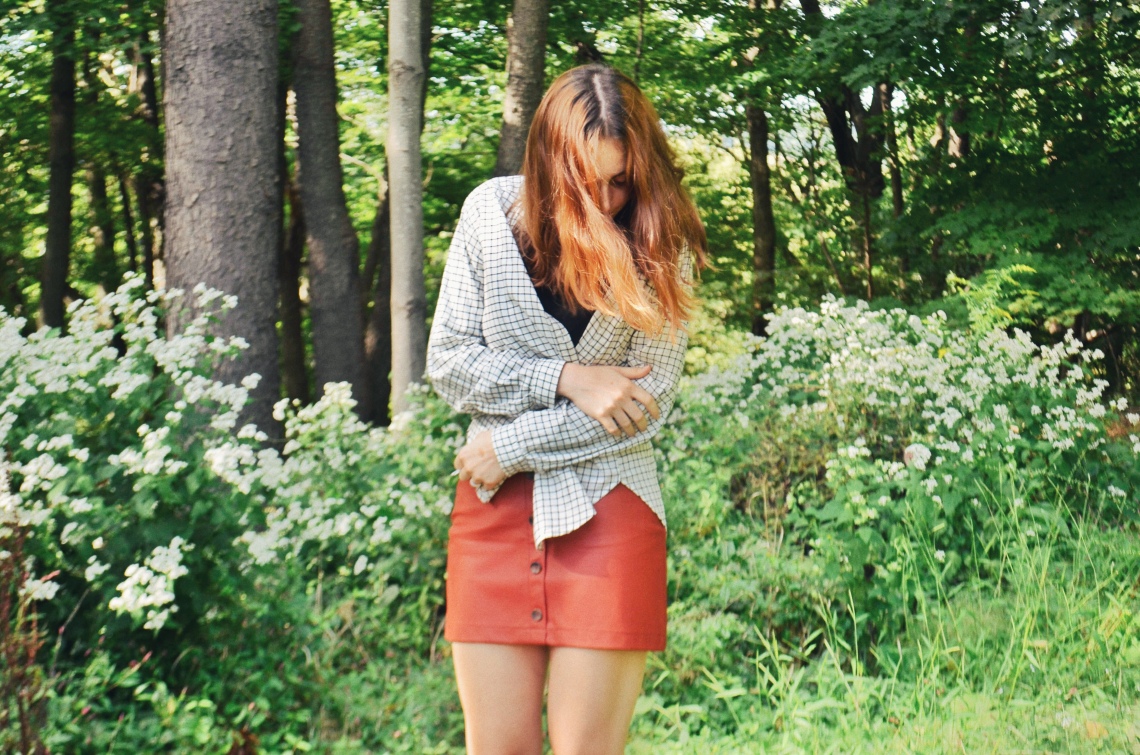 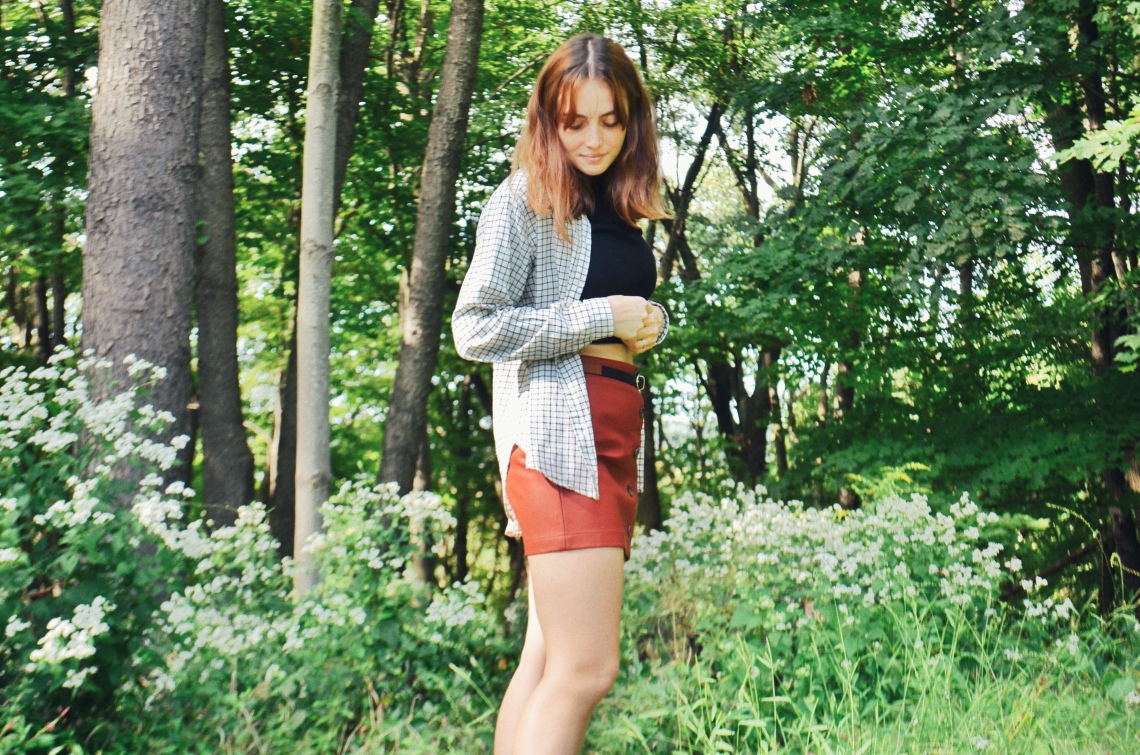 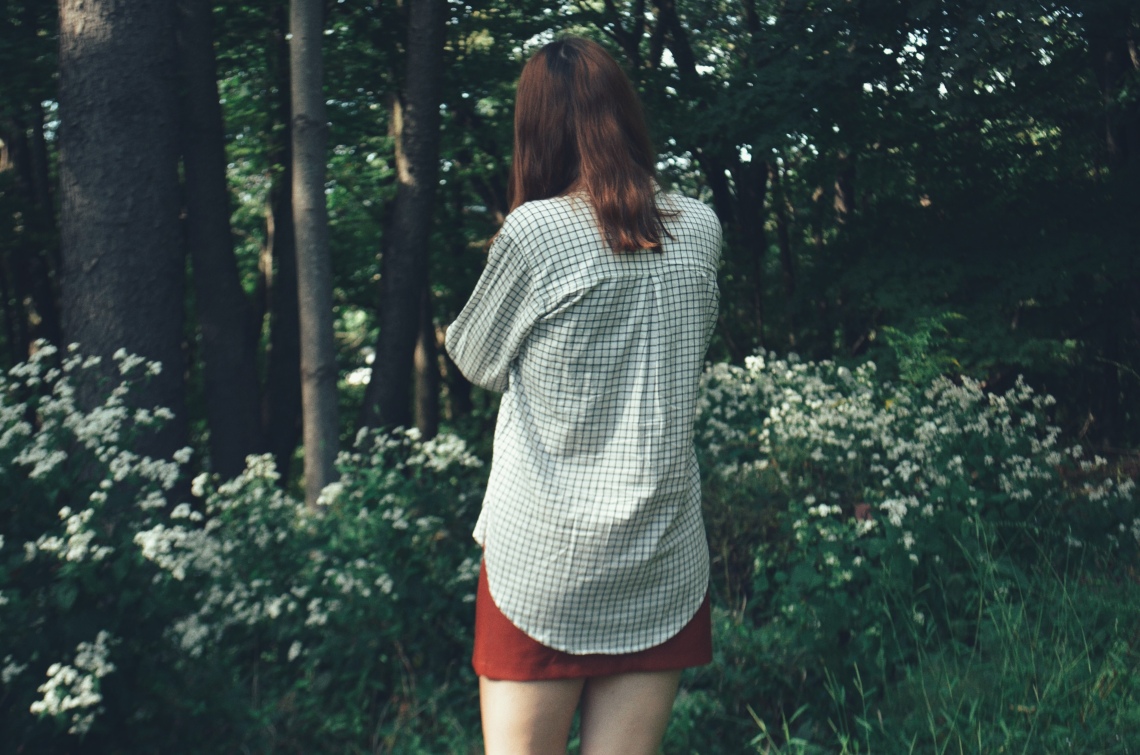 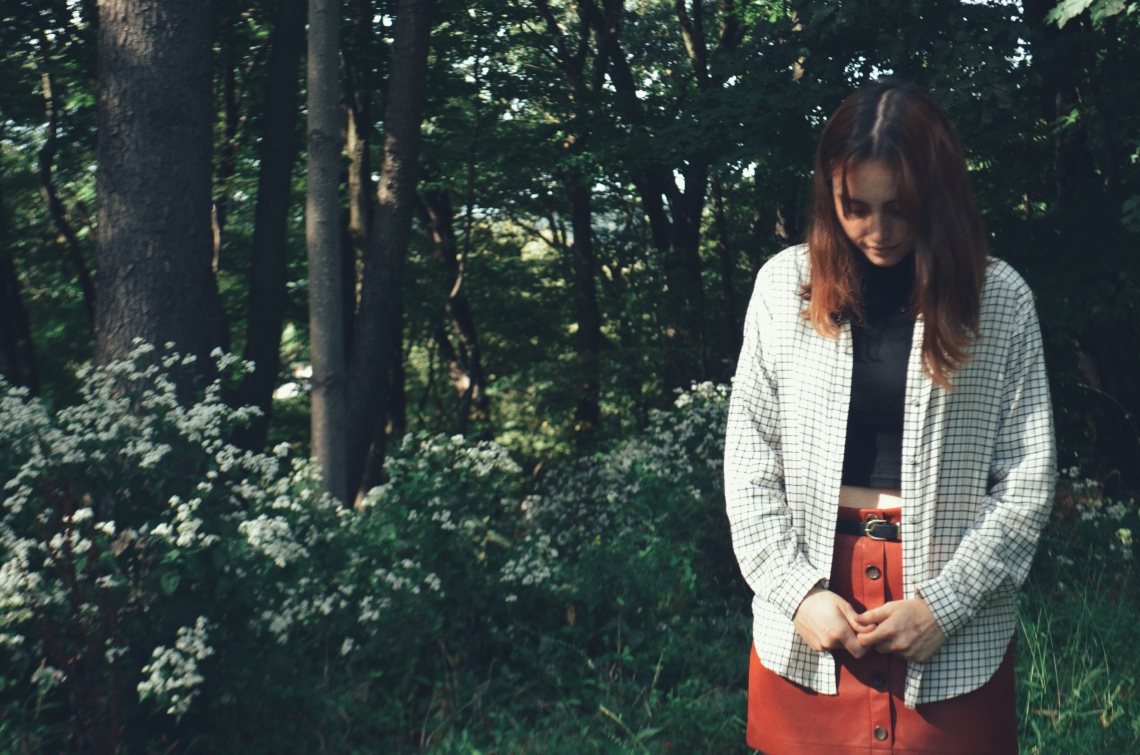 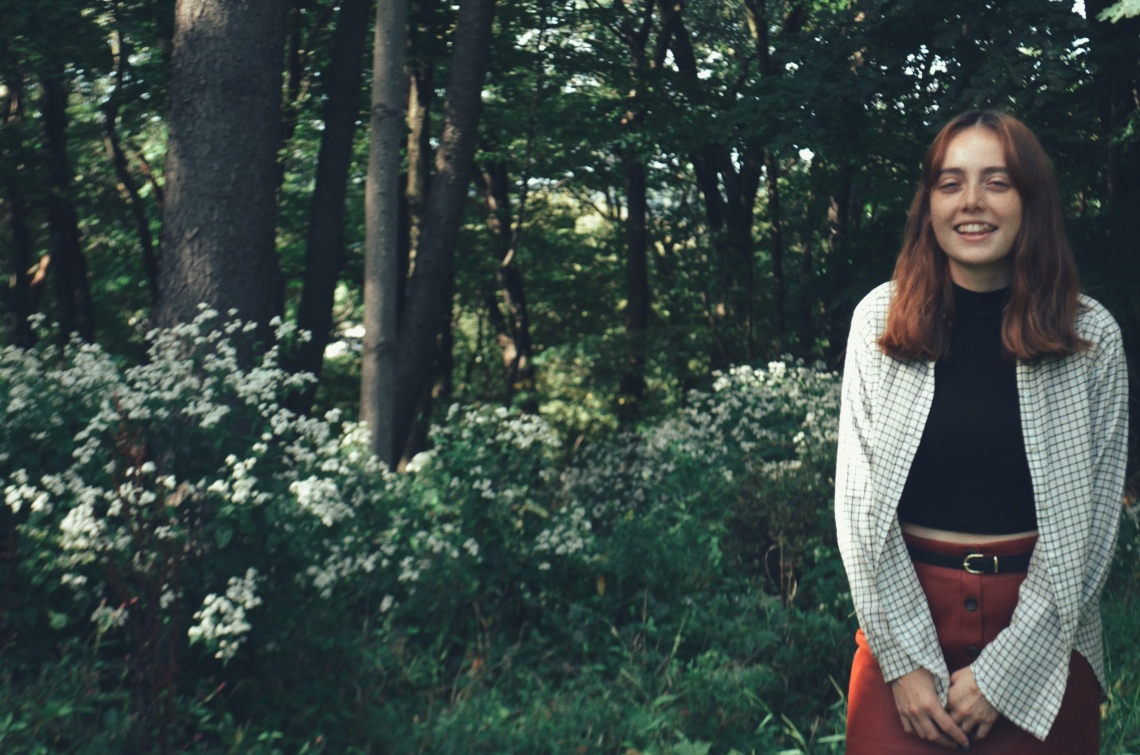 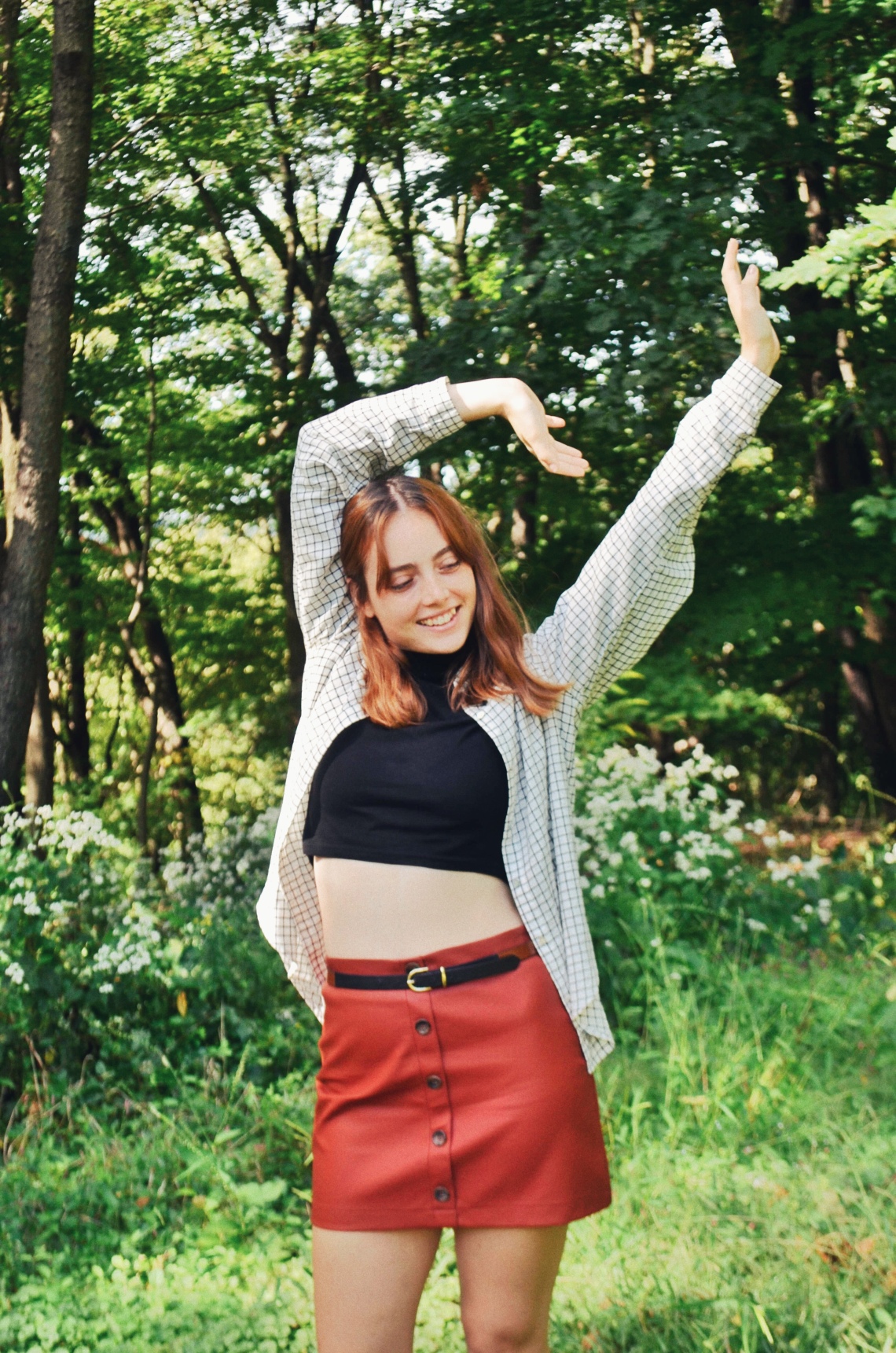 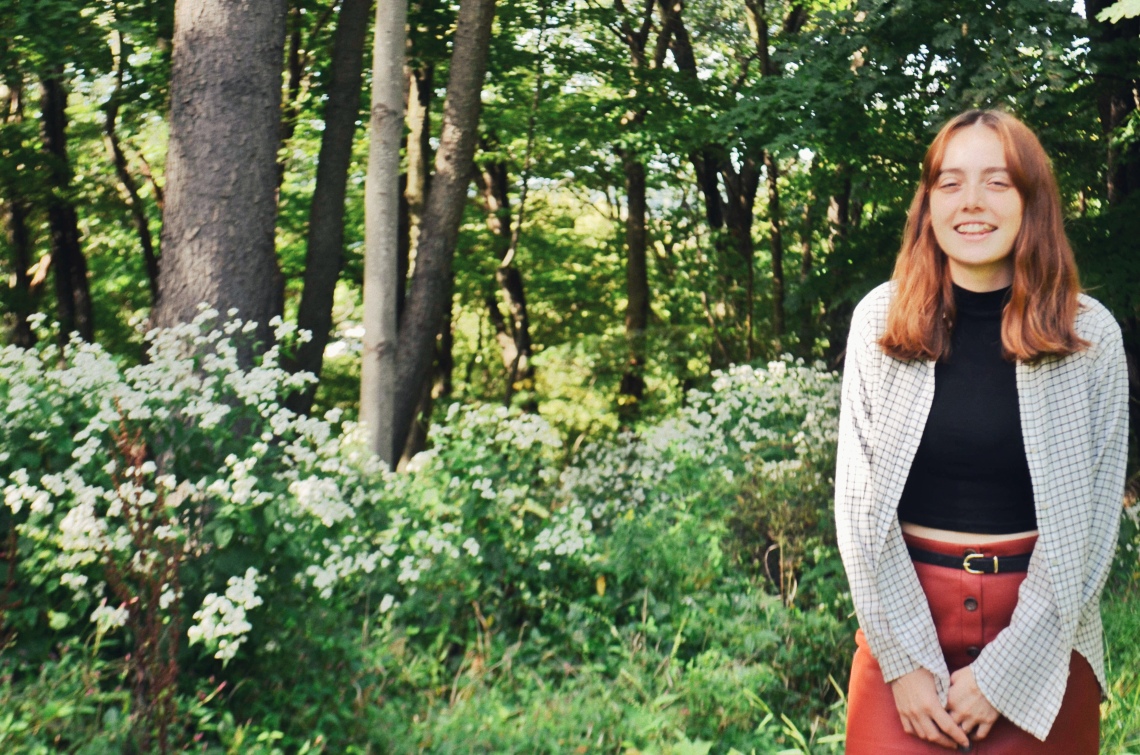 We all have a lot of work to do to help stabilize the planet, and a lot of it can’t be done until global leaders who put their personal wants and lust for power in front of their people’s health and safety are replaced with leaders who actually act as leaders should (by being advocates for their people).

Until then, though, we can continue with the small changes we’ve already made. We all know what they are. Don’t use disposable plastic bottles, plastic bags, paper plates, paper napkins, straws, and plastic utensils. If you need to use them, try to use recyclable ones, and definitely recycle after using. The less new materials we create, the fewer natural resources and less energy we use, which leads to less emissions (although recycling still uses energy and has a carbon footprint, which means not using disposable materials at all is the best option).

Thrift and up-cycle your clothes instead of buying new. If you want to buy new, buy sustainably and/or locally produced clothing. Use plant-based soaps, detergents, care products, and makeup, and try to make your own if you can. Eat less meat and processed foods, because fewer farm animals and less factories means less emissions. (Eating less of these also leads to better health 😊) Definitely try to buy locally produced products to reduce the impacts of shipping, and try growing your own fruits and vegetables in a garden or homemade greenhouse. You can even grow them inside if you don’t have outdoor space. This not only helps the earth, but it also saves you money by reducing your need to buy produce at the store.

Turn off the lights when you’re not in a room, and use window light instead of electric lights during the day. Light candles in the evening and early morning instead of turning on a lamp. Read books, craft, clean, walk around your neighborhood, or exercise in your home instead of watching TV, using the computer, or going on your phone. Don’t replace electronics until you absolutely have to, and recycle the old ones instead of tossing them in the trash. Don’t leave the water running while you wash dishes and brush your teeth, and take short, fast showers. (I grew up being forced to take army showers, where you only turn the water on to rinse your soap, shampoo, etc., because we had a well and my dad was scared to run out of water. I hated this, but it was great for the environment.)

The biggest change we can make is how we transport ourselves. If you can, take public transportation or carpool. The more vehicles we get off the road, the better. Electric cars are also better than standard gasoline ones, so if you can afford one, why not upgrade?

Why not also protest? Or share information about climate change and what we can do online? Like I mentioned before, a lot of politicians aren’t in the job for the right reasons. A lot of them don’t care about us. They only care about money and power. Get that to change by speaking out to your representatives, showing up to vote on election days, and making your voice heard in general. The only way to ever insight change is to create an uproar. Leaders won’t act unless there’s very direct consequences for not acting. Because our leaders are so obsessed with maintaining their wealth and influence, they won’t do anything unless they feel a direct threat to those two things. Them hearing your voice loudly, clearly, and consistently will make them feel their security is threatened. Make it known that they will lose their power if they don’t choose the right thing for the world. Make them fear falling to the bottom of the chain for leading immorally. If they can feel this fear, they will start enacting laws that will positively impact the environment so that they can keep their power. Which may not be the best reason for them acting, but really all that matters is that they act. 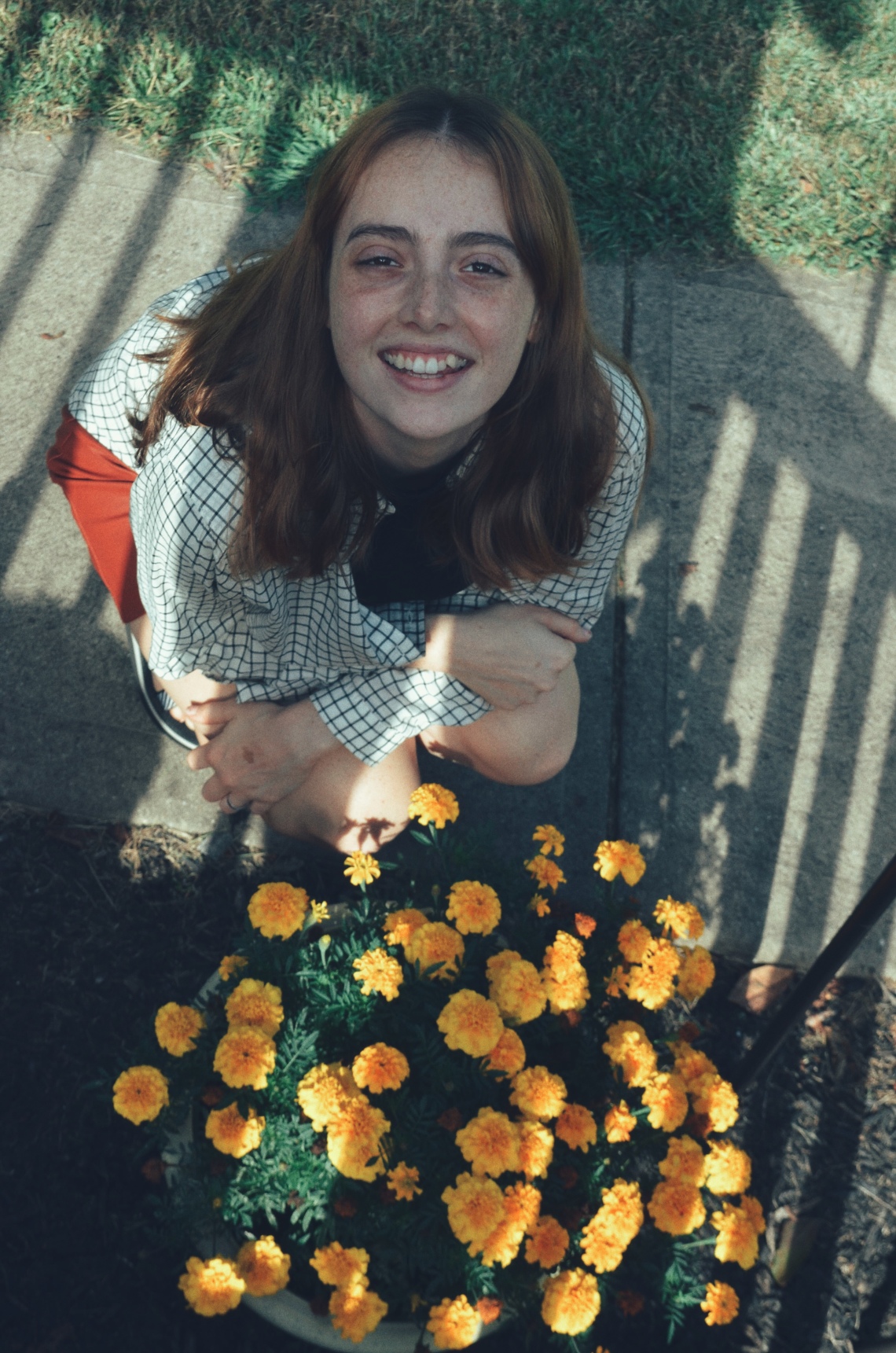 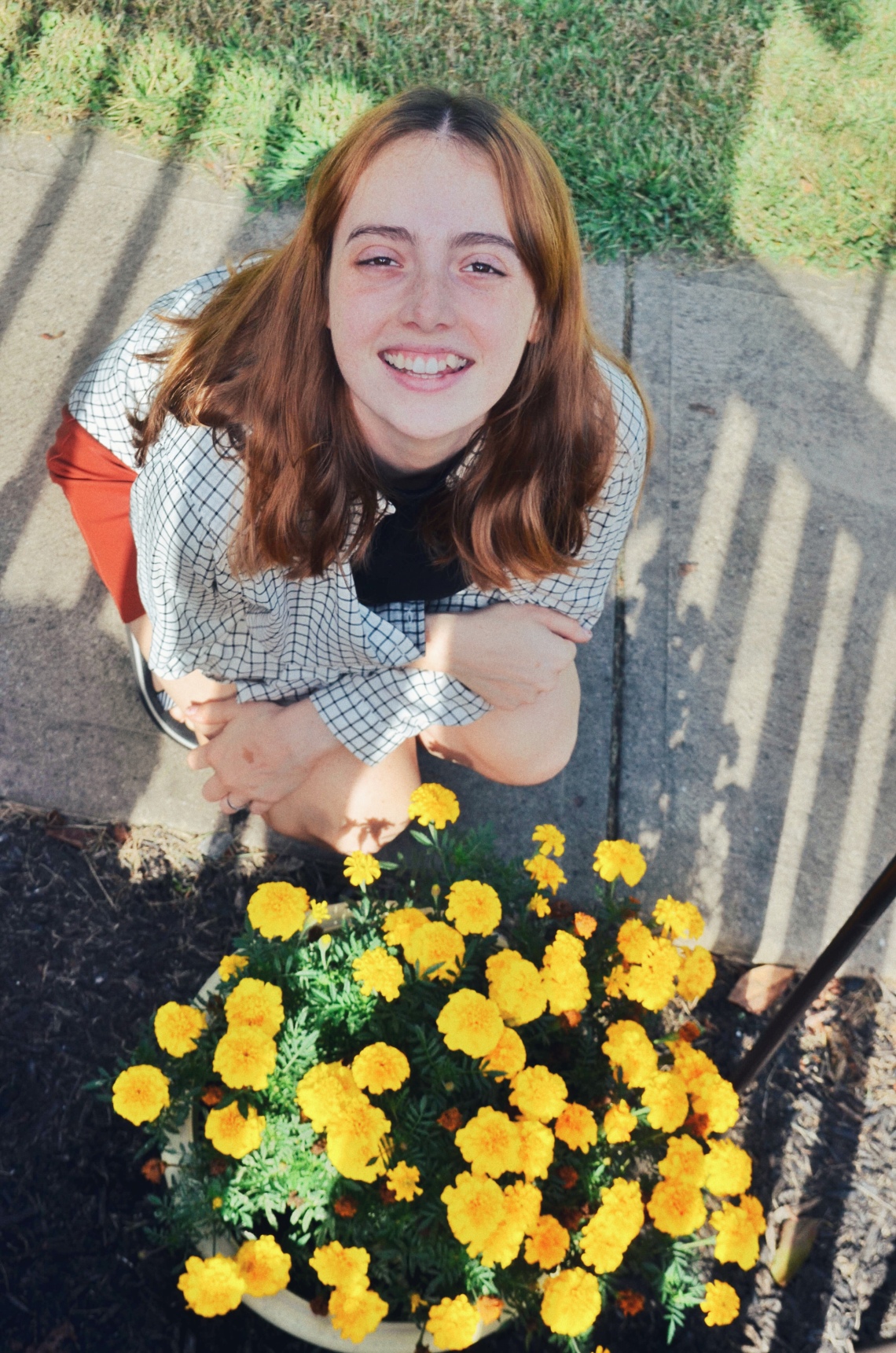 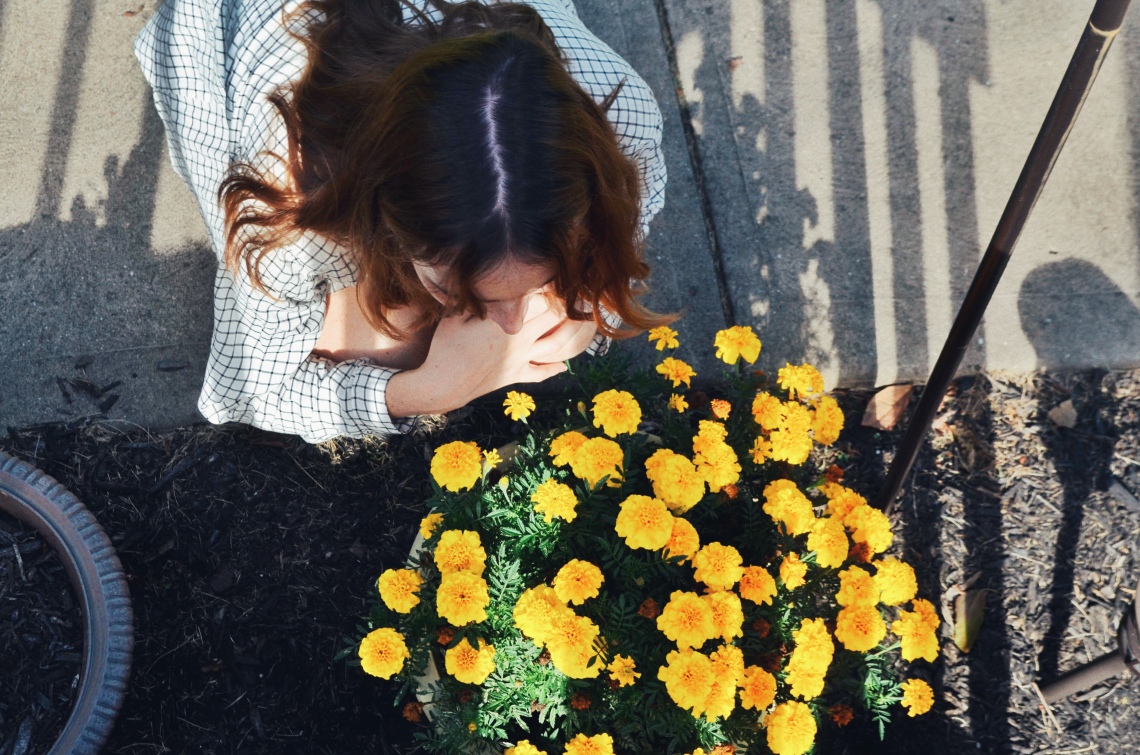 And if you happen to not care about all the mammals and flowers and leaves and bushes and bees and fish and butterflies and trees, you must at least partly care about yourself. Keep in mind that destroying nature will also destroy people. We are not above the system of natural laws; we are one with it, and we need nature just as much as every other creature in order to survive. Letting global warming go unchecked will only lead to drought, famine, disease, calamity, and our eventual demise. We are not only bringing the world to its defeat, but we are also bringing ourselves to our own.

If your care about the continuation of yourself, maybe you should care about the earth’s health. It’s true that the strongest impacts of climate change won’t be felt until we’re gone, but the bad has already started. And it’s not unlikely for you to get caught up in an unusually strong hurricane or tornado or downpour or earthquake or forest fire. The calamity is just beginning, and you’re just as at risk for becoming a victim to it as the next guy. So maybe you should care, too.

Getting off my soapbox now… Thank you for reading. Feel free to leave a comment about your opinions on global warming and what we can do to change our ways (if you believe we need to change).

← Smoke and Mirrors
A Reflection on the Last Decade (And the New One! Happy New Year!) → 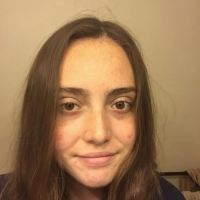 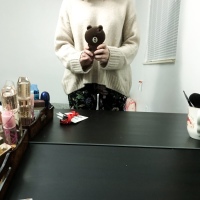